On Saturday the Benin International grabbed his debut for Middlesbrough in a 0-0 draw with Watford at Vicarage road. 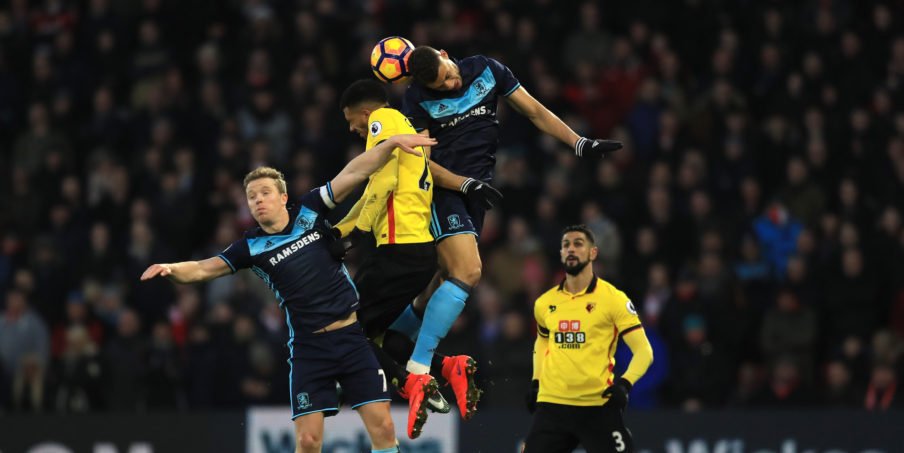 But in the process Gestede bagged himself a very unwanted Premier League record – that doesn’t bode well for Boro should they want to avoid the same fate as Aston Villa.

32 – Rudy Gestede has played 32 consecutive Premier League games without a win; the longest ever run in the competition. Unfortunate.

Despite the record, Boro boss Aitor Karanka was encouraged by his debut at the club. Speaking to the BBC about his debut, the Spaniard said: “Very good, I said when he came here he was bringing us something different.

“And now with him on the pitch you have striker who you need sometimes to hold up the ball, attack set-pieces, defend set peices… so I’m really pleased with his debut.”